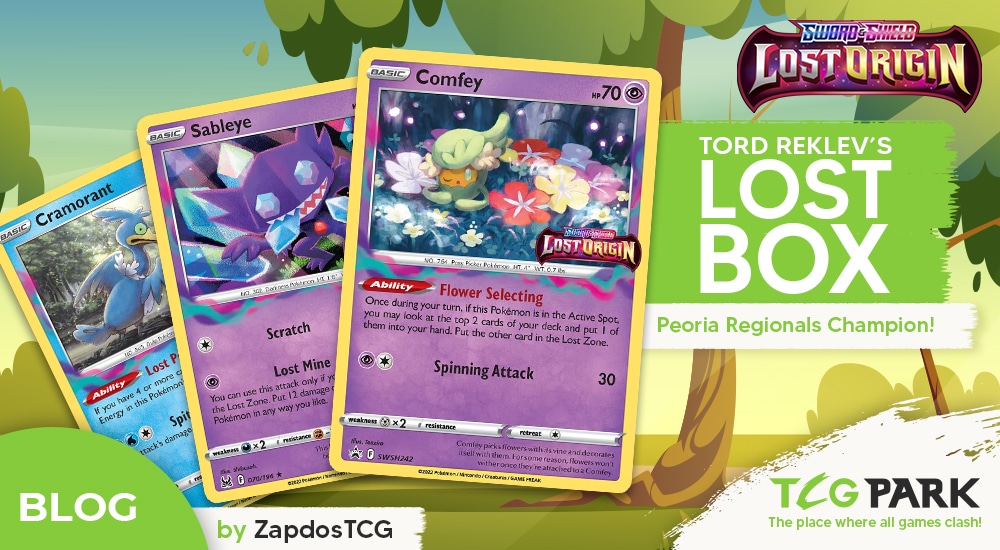 Yo mates, it’s ZapdosTCG again, and in this TCG Park article, we will be checking out Tord Reklev’s winning decklist from Peoria! The Peoria regionals concluded in Lost Zone Box, winning the event. The Lost Zone Box always seemed super fragile and a bit slow, but this consistent version of the deck is something else. Let’s take a closer look at the 60 winning cards to see what pushed the archetype over the edge. 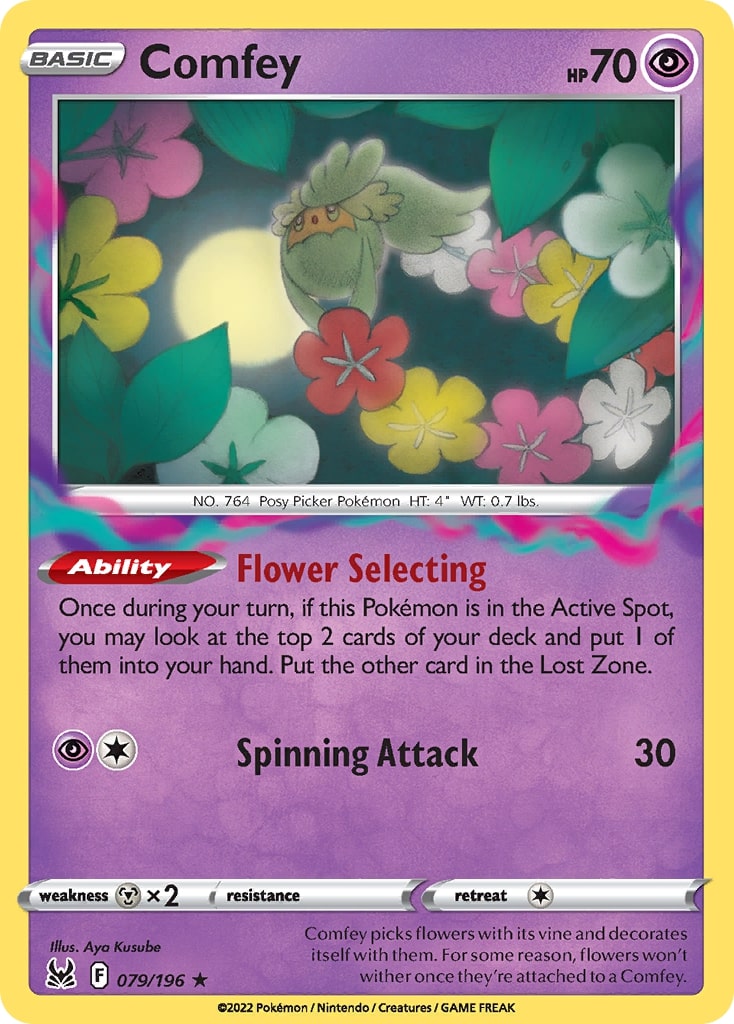 First of all, you see that the deck’s engine is Comfey. Comfey with Flower selecting allows you to look at the top 2 cards of the deck if it’s in the active position. Then we can put one card in hand and one card in the Lost Zone.

The Lost Zone is a place of no return. It’s pretty much a discard pile that no cards can get back from, and it’s located above your prize cards. 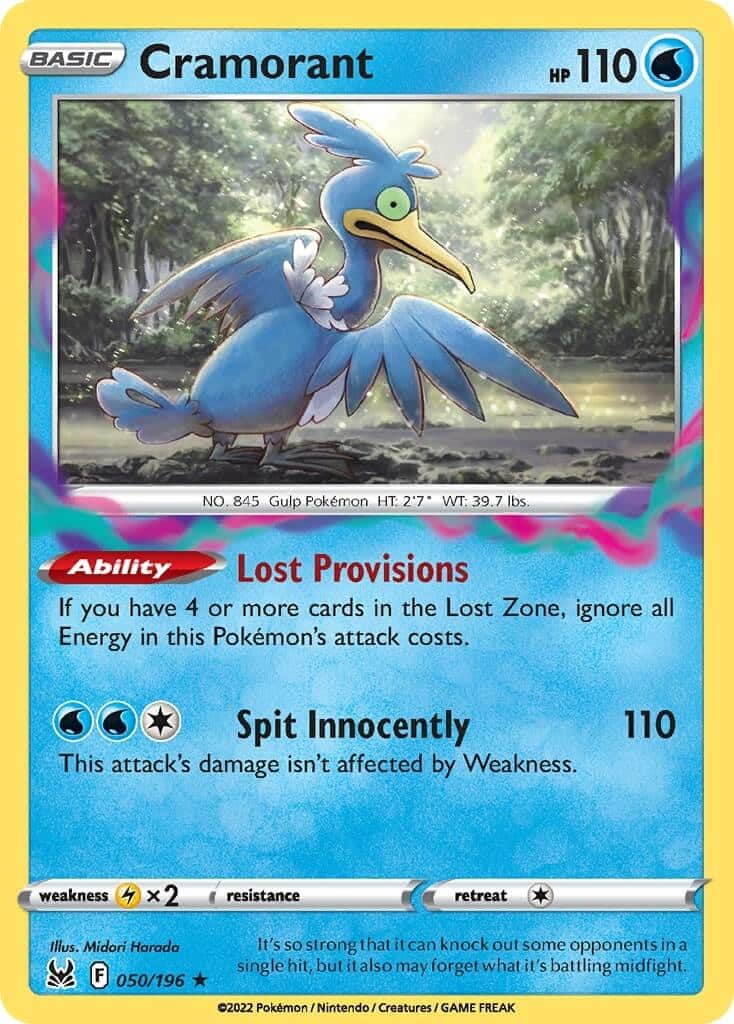 Cramorant can attack for zero energies if you have 4 or more cards in the Lost Zone. Spit Innocently slaps 110 damage which is enough to take down small Pokemon like Sobble, Bidoof or other Comfeys. With this, you can even donk people as we saw Tord Reklev do throughout the event. 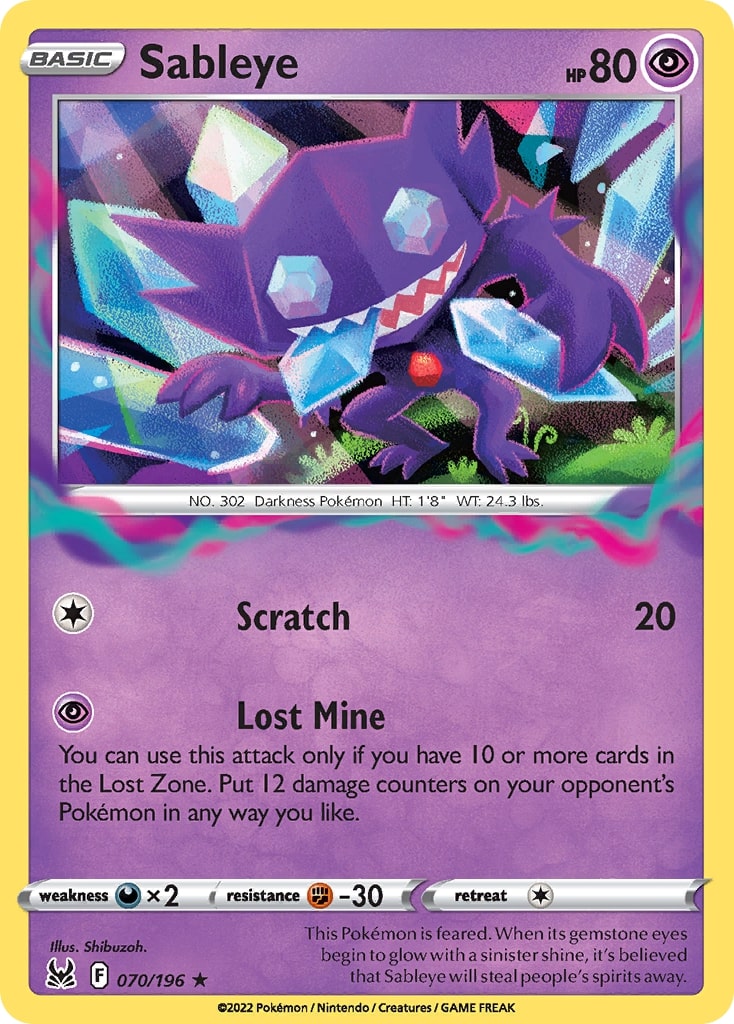 Sableye is actually the star of the deck. It allows you to spread 12 damage counters wherever you want on the opponent’s board. You can use it for 1 Psychic Energy as soon as you have ten or more cards in the Lost Zone. You might think, ten cards, that’s a lot. Well, that’s where you’re wrong this deck can really do it quite quickly because of all the switching cards in the deck.

We have 18 switching cards in the deck, allowing us to circle between our Comfeys an insane amount. The best one is Scoop Up net. 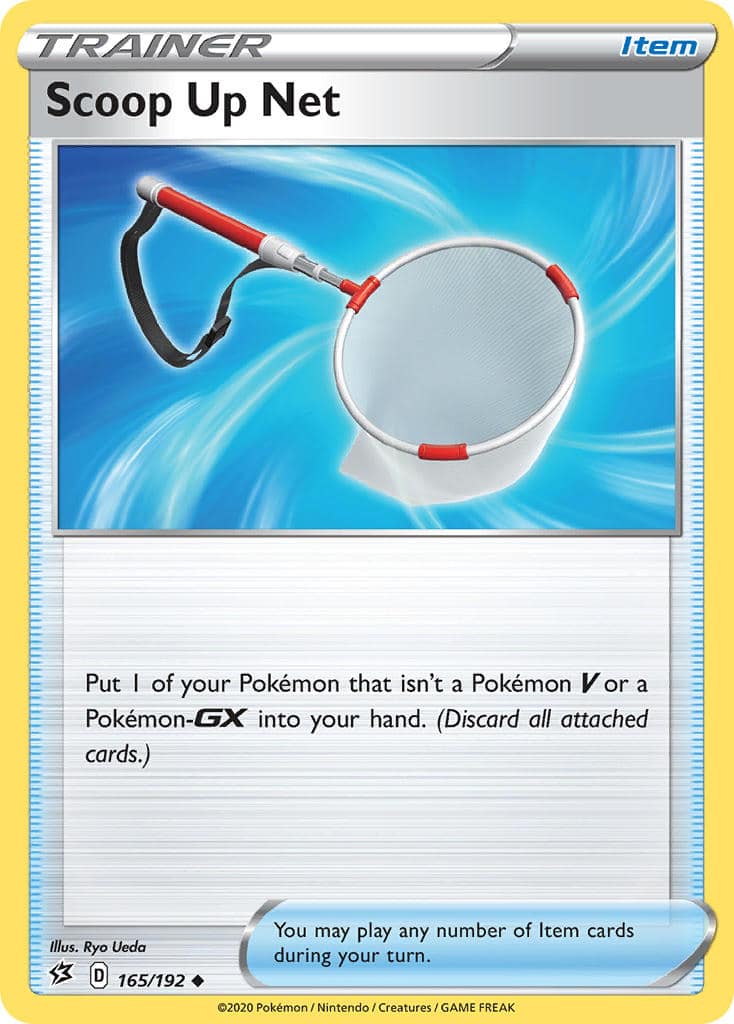 With Scoop Up Net, you can reset a Comfey by putting it back in your hand. This allows you to reuse Flower Selecting a bunch. We also have Switch Cart, which is actually a better Switch for this deck, as all of our Pokemon are basic. Sometimes you can even heal of specific damage like attacks from Regieleki or Quick Shooting damage. 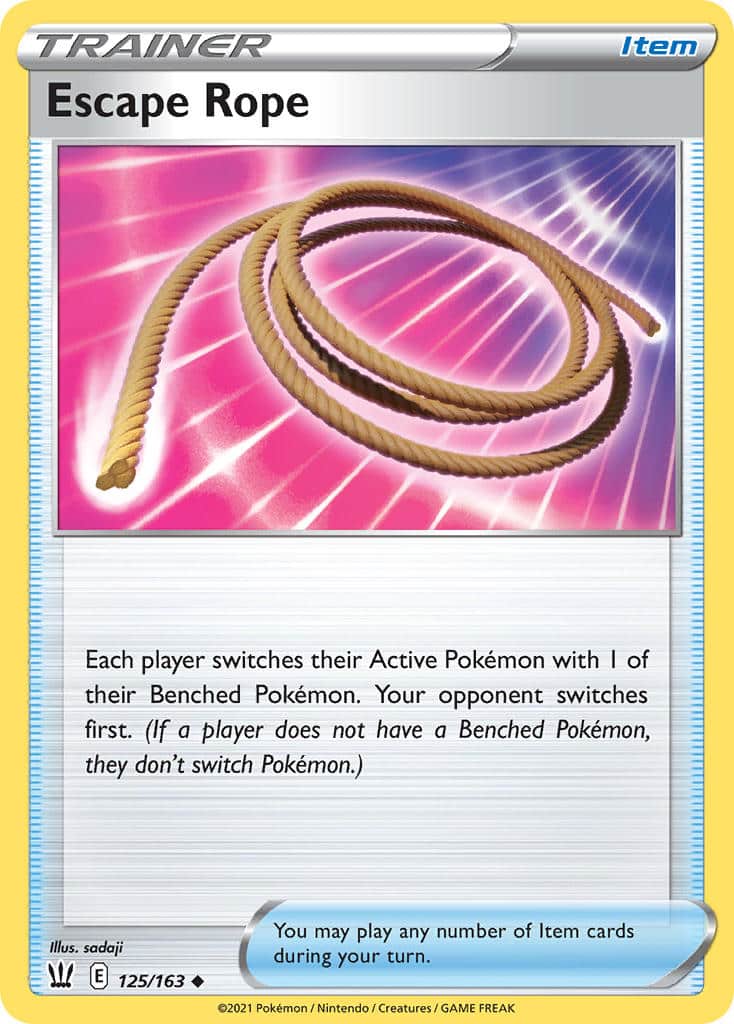 Then there’s Escape Rope. Escape Rope helps against 1 Empoleon V and is a way to switch to other Comfeys. Path to the Peak can help if the opponent has 2 Empoleon V in play. I also like Escape Rope as it has some synergy with Cross Switcher. And Cross Switcher is our only way of gusting with this deck. You don’t actually need more, as Sableye spreads damage around.

We also have more ways to get cards in the Lost Zone quicker, so we can attack with Sableye ASAP. 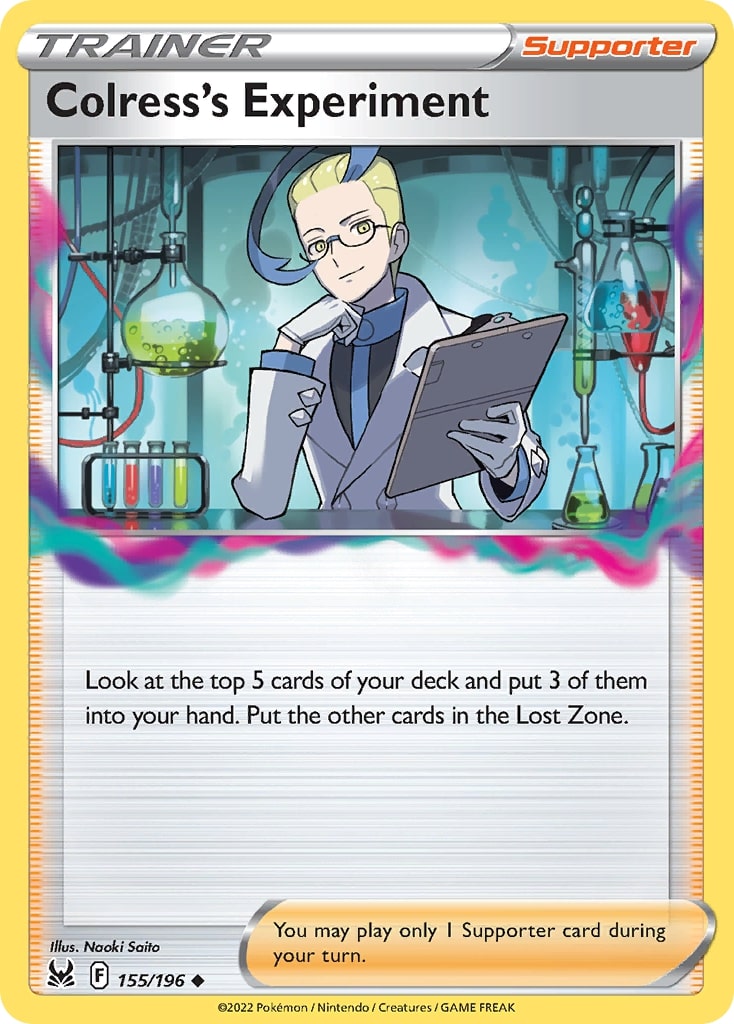 We have Colress’s Experiment, which allows you to look at the top 5 cards of the deck. We can select 3 to go to the hand and 3 to the Lost Zone. This will open the door to Cramorant on turn 1 going second or make you use Sableye quicker. Also, Path to the Peak, in combination with Lost Vacuum, can help with that. The Vacuum is excellent since it can get two cards in the Lost Zone really quickly. And will allow you to get rid of your Path to the Peak when you need Radiant Charizard. I’ll talk more about that card shortly.

First, let’s check out the other supporters in the deck. The remaining ones are Marnie, to have some hand disruption against other Lost Zone decks and Klara. 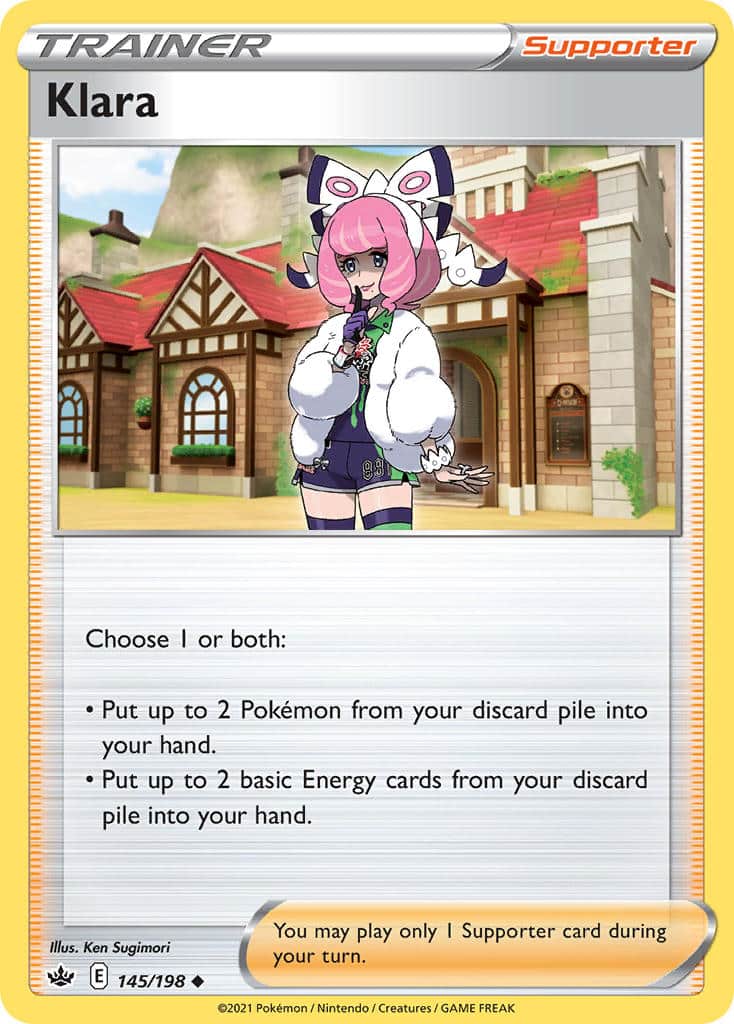 Klara is actually one of the best cards in the late game. This will get you Pokemon and Energies back from the discard pile. This means you can instantly get Sableye back with an energy or even the Radiant Charizard. 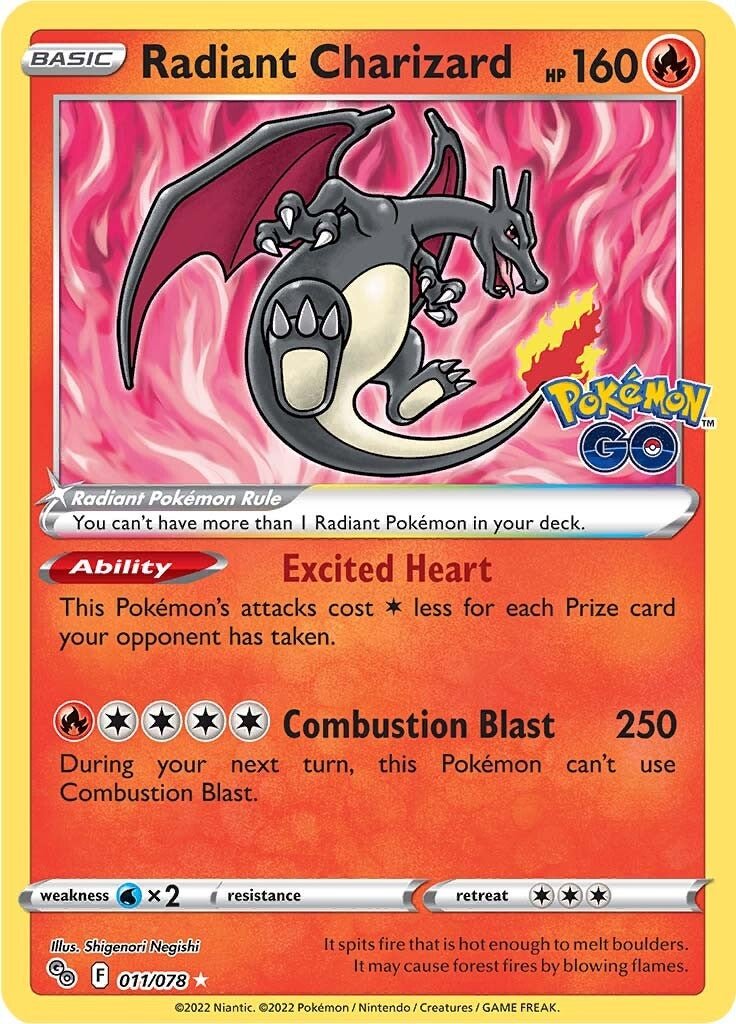 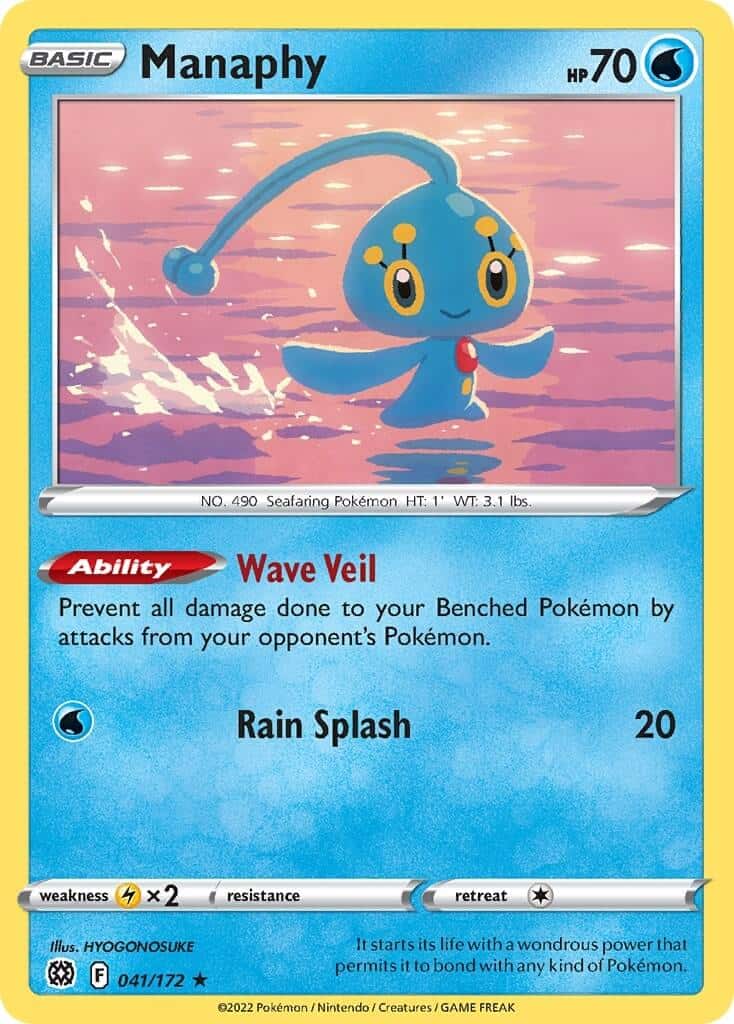 Manaphy in the deck is a must. Radiant Greninja is included in many top Pokemon TCG decks like Giratina VSTAR, Goodra VSTAR and Palkia VSTAR. So we really need some bench protection, or we will instantly lose the game. That’s why this deck is running 2 copies of the deck. The deck is not running Quick Ball to find it, so you will either need to get it on turn one with Battle VIP Pass or draw into it. 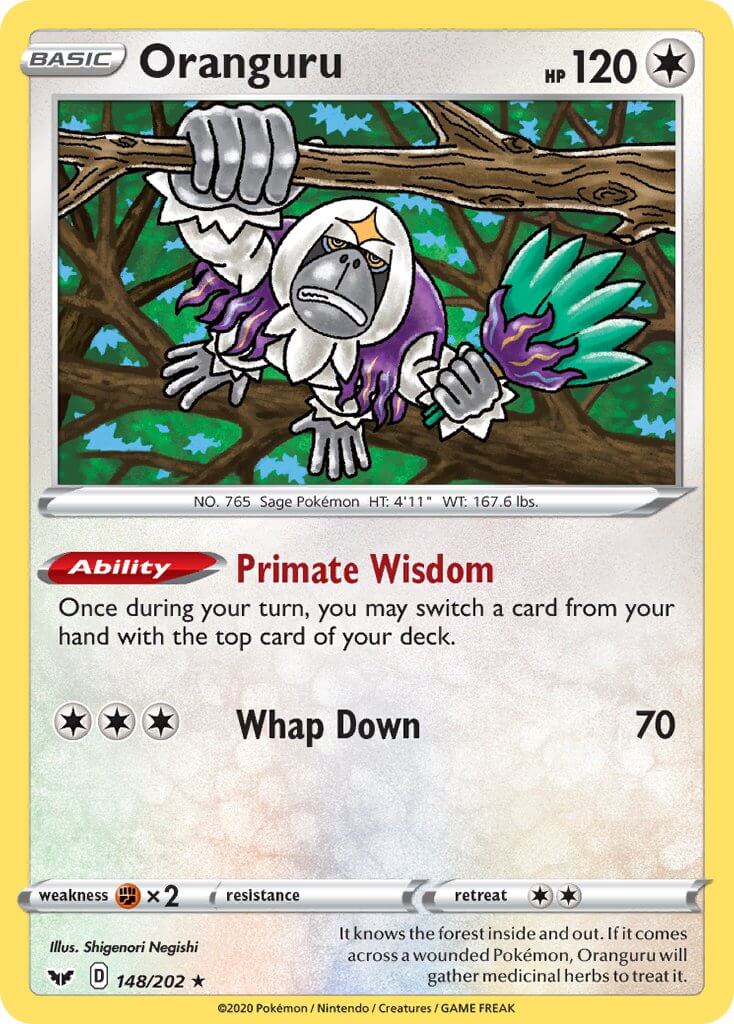 Oranguru is Tord Reklev’s favorite card. It can allow you to dig one card deeper with Primate Wisdom or protect yourself from upcoming Marnies. You can swap the top card of your deck with a card from the hand. It is also super nice to put a terrible late-game card like a Battle VIP pass on top, so Flower Selecting can put it in the Lost Zone. Quite a fantastic card, indeed.

So let’s talk about its matchup spread in the current metagame.

As far as I can see, the deck has an even matchup spread on the field and can push you over the edge when you know the deck inside-out.
Giratina VSTAR (Lost Zone Engine)
This is a favourable matchup. Early game, you use Path to slow them down. We have Sableye, which can take card of multiple Comfeys and set Giratina VSTAR up to get OHKO’d by Radiant Charizard.
Hisuian Zoroark VSTAR
This is also easy. With Sableye, you can target stuff on the opponent’s bench that is already damaged by their Gapejaw Bogs. You can finish Zoroark VSTAR with Radiant Charizard in the late game.
Arceus VSTAR / Giratina VSTAR
This is practically the same story. Early game, you can swing with Cramorant and then some Sableye spread until you are ready to finish off with Radiant Charizard. A random Cheren’s Care could be troublesome, though, so be careful to put all the damage on one Arceus VSTAR.
Kyurem VMAX
Normally Kyurem VMAX is quite difficult because of the double Empoleon V threat. But this list comes packed with Path to the Peak, Escape Rope and Cross Switcher. This means this shouldn’t cause too much trouble. Also, Kyurem VMAX heavily relies on abilities, and Path shuts that down. Also, they have many targets on the bench that you can spread damage on, so mapping out your prize cards is important here.
Palkia VSTAR
Palkia VSTAR is rather even. Some Palkia Pokemon TCG decks now run 70HP Sobbles and a thicker Inteleon line. The Inteleon, both Aqua Bullet and Quick Shooting, both can OHKO Sableye V, so if they play well, this could be a really close match. Also, Palkia can use Roxanne and then it’s always hit or whiff with that.
Mew VMAX
Mew VMAX is an easy matchup if the opponent hasn’t practised against Lost Box. Their main win-out is using Psychic Leap most of the time to avoid getting KO’d. Also, they need to not bench an army of Genesect V early, so they are safe from damage. Some Mew decks are now also running Volo as a way to tech for this matchup. Lost City can be a pain for Radiant Charizard, so it’s still a close matchup.
Arceus VSTAR / Flying Pikachu VMAX
I personally find that Flying Pikachu VMAX is unfavored. You won’t see it that often anymore, as the meta has shaped in a way where Palkia VSTAR is not the most popular deck anymore. Nevertheless, the Max Balloon attack is really annoying to deal with in the late game. Making it, Radiant Charizard can’t attack Flying Pikachu VMAX. Also, Sableye has to 3 shoots a Flying Pikachu VMAX and sometimes the Arceus VSTAR gets Cheren Cared up.
Goodra VSTAR
Any Goodra VSTAR build is a really bad matchup for the Lost Zone Box. This current list is not running Choice Belt, so getting an OHKO on Goodra VSTAR won’t work. You can try to spread some damage on 2 Goodra VSTARs. But the probability is the Moisture Star ability that can heal off the damage instantly, and sometimes the Crystal Cave comes along as well. The deck just has too much healing for the Lost Zone Box to handle.
Regigigas

The Regi deck is also unfavored after doing some testing. Getting Manaphy on board is really important, or you will lose some Comfeys instantly. Sableye has low hit points, and if the Regigigas player is playing the 130HP Regieleki, it’s also not going to end well. They can OHKO, while you can not KO anything in return and then Scoop Up Net removes all the damage. This is a difficult one-prize matchup that you’d rather not see.

And that’s it, mates! This has been my overview of Tord Reklev’s first-place Lost Zone Box deck. I personally think it’s a super consistent, simple 60. You can have some spicy tech includes like Galarian Zigzagoon and Choice Belt, but that will lower consistency. Definitely a nice starting list for people that want to try the Lost Zone engine. If you what to buy any products from the Lost Origin set or any other sets, you are in the right place! TCG Park has a lot of products to offer for an excellent price! They are shipping products all over Europe! You can also pre-order the upcoming set Silver Tempest here at TCG Park!

Thank you for reading another article, this was ZapdosTCG, cya next time! Have a nice day 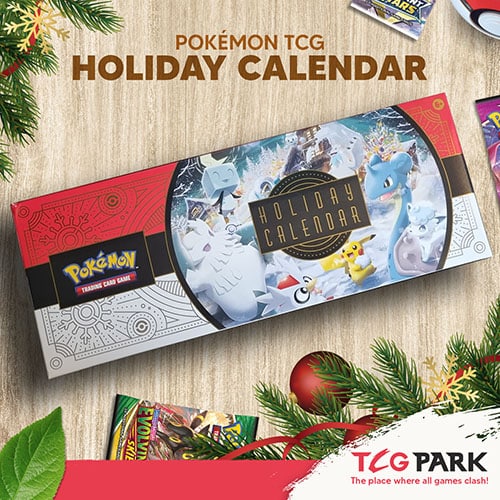 Celebrate the holidays with the Pokémon Holiday Advent Calendar!

Open 25 surprises as you count down the days. Catch them all this holiday season!

I want one!
Shopping cart
Close
Sign in
Close

This website uses cookies to improve your experience while you navigate through the website. Out of these, the cookies that are categorized as necessary are stored on your browser as they are essential for the working of basic functionalities of the website. We also use third-party cookies that help us analyze and understand how you use this website. These cookies will be stored in your browser only with your consent. You also have the option to opt-out of these cookies. But opting out of some of these cookies may affect your browsing experience.
Necessary Always Enabled
Necessary cookies are absolutely essential for the website to function properly. These cookies ensure basic functionalities and security features of the website, anonymously.
Functional
Functional cookies help to perform certain functionalities like sharing the content of the website on social media platforms, collect feedbacks, and other third-party features.
Performance
Performance cookies are used to understand and analyze the key performance indexes of the website which helps in delivering a better user experience for the visitors.
Analytics
Analytical cookies are used to understand how visitors interact with the website. These cookies help provide information on metrics the number of visitors, bounce rate, traffic source, etc.
Advertisement
Advertisement cookies are used to provide visitors with relevant ads and marketing campaigns. These cookies track visitors across websites and collect information to provide customized ads.
Others
Other uncategorized cookies are those that are being analyzed and have not been classified into a category as yet.
SAVE & ACCEPT
Powered by